Last month, Zomato began testing its 10-minute food delivery service, Instant, in parts of Gurugram. But a shortage of delivery workers – owing to sky-high fuel prices and a crippling heatwave across north India – means it has been unable to meet the 10-minute deadline for all orders. Now, sources tell us, the company is reviewing its ambitious plan and may settle for longer delivery times.

Also in this letter:
■ New rules apply to VPNs for individuals, not firms: CERT-In
■ India is one of our most important markets: QED cofounder
■ Stablecoin’s collapse deals another blow to crypto investors

Zomato is reviewing its plan for 10-minute deliveries as it hasn’t been able to meet the time target for all orders during its pilot in Gurugram, several industry executives told us.

The company said the pilot, which was launched in April, is running as expected. But on the app, Zomato Instant shows delivery times of 15-20 minutes on average.

“The shortage of delivery workers and an intense heatwave in the north are causing delays,” said one of the sources. “Besides, Zomato Instant does not have a separate delivery team yet.”

CCI looms: According to a person in discussions with the company, Zomato Instant was close to launching in Bengaluru this month before the plan was put on hold.

The person was told by a senior Zomato executive that the Instant trial had been added to the ongoing inquiry by the Competition Commission of India (CCI) into Zomato and its peers.

The Gurugram pilot is a limited one, with brands such as Chaayos, Dana Choga and Caterspoint signing on for 10-minute delivery. Zomato said the fast service involves mini ‘kitchen stations’ within neighbourhood clusters.

What now? Zomato Instant’s launch and focus on 10-minute delivery was meant to get the ball rolling on ultra-fast food delivery, our sources said, but the company may eventually settle for longer delivery times. 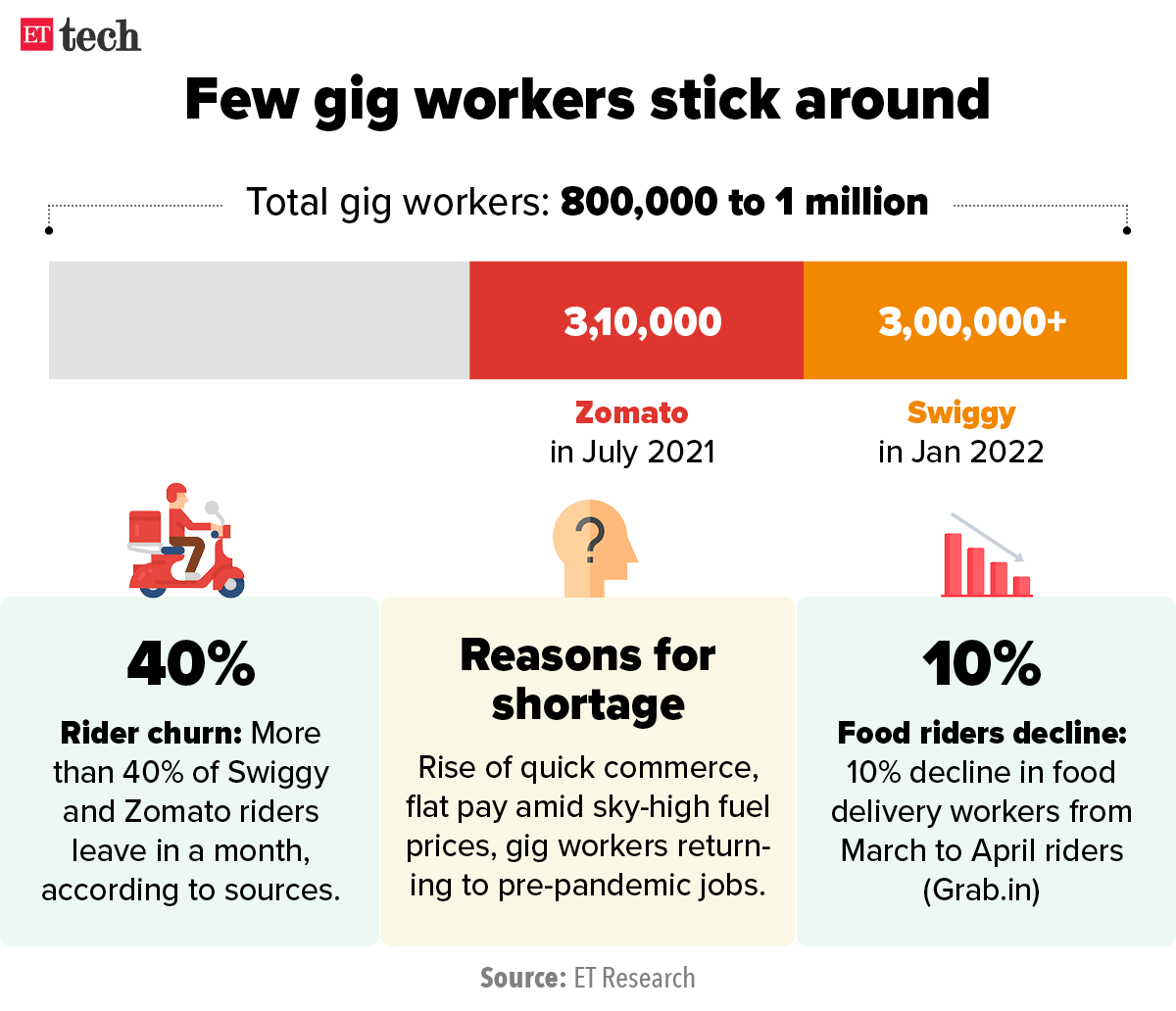 We reported on May 11 that Swiggy, Zepto and others are also seeing longer timelines as delivery workers, fed up with sky-high fuel prices and no pay hikes, look for jobs elsewhere. Swiggy has even suspended Genie, its pick-up-and-drop service, in Mumbai, Bengaluru and Hyderabad.

The recent mandate directing virtual private networks (VPNs) to register and maintain logs of their customers does not apply to enterprise or corporate VPNs, India’s top cybersecurity agency said.

Driving the news: In a list of clarifications to its April 28 mandate, the Computer Emergency Response Team (CERT-In) said the directive to store customer information applies only to VPNs that offer services to general internet users.

Under the new rules, which will come into effect within 60 days of being notified, all enterprises will have to report any cybersecurity incident to CERT-In within six hours and store all data for a stipulated period of time.

No can do: Earlier this week, we reported that several VPN service providers including Surf Shark and NordVPN had hit back at the government, saying these rules are against the nature of their services, which are designed to protect user privacy.

Some said that they didn’t even have the technical means to comply with the order and would have to quit India if left with no other option.

Response: CERT-In for its part said the “right to informational privacy of individuals” is not affected by these directions since the agency does not envisage seeking information “on continuing basis” and expects to do so only in case of cybersecurity incidents.

However, the obligation of reporting cyber security incidents to CERT-In overrides any “contractual obligation of not disclosing any details with the customer,” the agency noted.

Industry experts said there is a need for wider consultations on the issue.

Why it matters: India has more than 270 million VPN users, who use them to access company networks securely, remain anonymous, access geo-restricted content, stay safe on public Wi-Fi networks and get around internet curbs, among other things. The CERT-In mandate could render VPN services illegal in India if providers don’t comply with it.

India is one of our most important markets: QED cofounder

Disposable incomes are rising quickly in India, making it the best time for the growth of financial services, said Nigel Morris, cofounder and managing partner at QED Investors, a venture capital firm that focuses on financial services.

Asked about the current slowdown in funding, Morris said QED is bullish on the sector regardless of whether prices are up or down. Founded by Morris and Frank Rotman in 2007, QED started off as a family office but later transformed into a VC fund. Initially funded through internal capital, it has backed some of the biggest fintech startups globally, such as Remitly and SoFi in the US, Klarna in Europe, and Nubank in Brazil.

“It is clear that there’s been a significant cooling off in the public markets in the US, which is impacting the private markets,” Morris said in an exclusive interview.

“It’s going to roll all the way through, and then it will come back again, because fundamentally, we’re in the middle of a series of secular moves that are going on in our industry.”

According to Morris, with positive macroeconomic growth, a mobile revolution, a favourable regulatory regime and an abundance of talent, India is one of the most important markets for the firm outside the US. QED set up shop in India last year.

Indian crypto investors’ portfolios have plummeted further over the past 48 hours, triggered by the crash of a popular stablecoin called Terra (UST).

What’s that? UST, a so-called ‘algorithmic stablecoin’, is supposed to maintain a one-to-one peg against the US dollar. But it slumped nearly to $0.26 to the dollar on Wednesday night, after the complex mechanisms that are supposed to hold the dollar peg failed.

As a result Luna, UST’s sister token Luna, which powers the Terra blockchain, dropped below $0.30 on Thursday. It was at $80 just three days ago.

Over and out: A sizeable number of Indian crypto investors had Luna in their portfolios, which the crash wiped off in a matter of hours.

“It was a good project and had given good returns in the last one year. “Those investors who bought the token at $60-70-80 a few months ago have seen their investment evaporate in a day,” said Vishal Gupta, a Noida-based crypto investor.

Fuel to the fire: The Luna crash added fuel to an already raging crypto fire, sending all major digital assets into freefall.

Exchanges fleeing India: Meanwhile, Indian crypto exchanges that have or are looking to move out of the country have reached out to their tax advisors to figure out if they will still be required to comply with India’s 1% tax on all crypto transactions.

Some of the largest cryptocurrency exchanges including CoinDCX, BuyUCoin, Koinex, Zebpay, Coindelta, CoinRecoil and Coinome have either already moved overseas or are in the process of doing so.

SoftBank to slash investments by more than half this year, says Son

SoftBank CEO Masayoshi Son said on Thursday that this year the company will invest only half, or even a quarter, of what it did last year.

Time for defence: Son’s comment confirms what the startup ecosystem in India and globally has expected for some time – a slowdown in big-ticket funding led by macroeconomic factors and the ongoing Ukraine-Russia crisis.

One of his presentation slides, after the company announced its final-quarter results, indicated that ‘defence’ would be the Japanese fund’s strategy for now.

SoftBank will not only slow its pace of investment but will also spend more time on due diligence and have stricter criteria for new investments, Son said.

Record losses: SoftBank’s ‘defence’ strategy comes as its Vision Fund reported a record loss of $26 billion for the year.

Ups and downs: Among its listed portfolio companies, SoftBank reported an unrealised loss of $600 million as of FY22 from its $1.4 billion investment in payments firm Paytm. 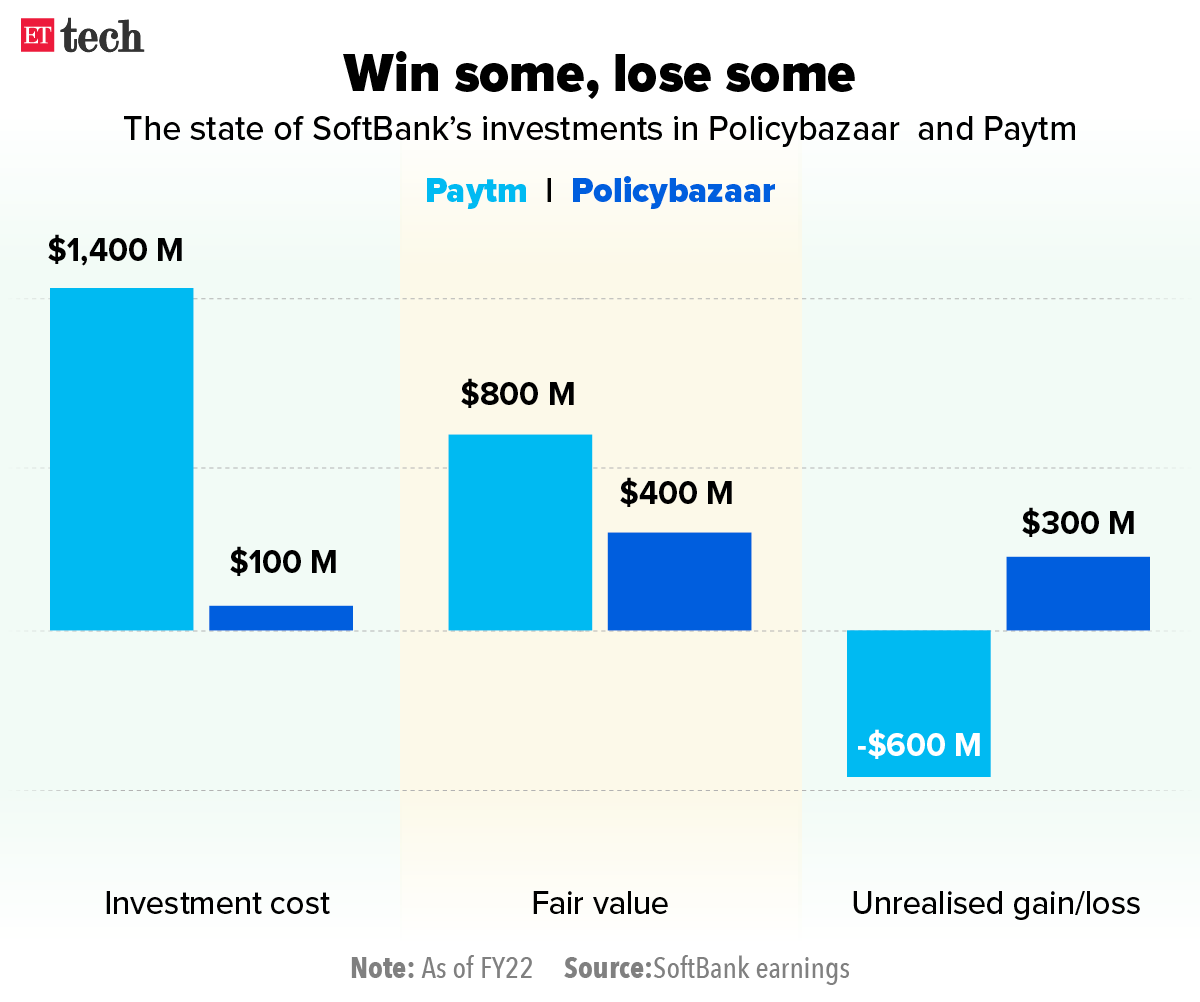 But Policybazaar parent PB Fintech, which went public the same week as Paytm, has reported an unrealised gain of $300 million over the same period on a $100-million investment from SoftBank.

Electric scooter maker Ather Energy said it has raised $128 million in funding even as its rivals struggle to contain the fallout from a spate of recent EV fires and battery explosions.

Details: The round was led by National Investment and Infrastructure Fund (NIIF), the Indian government’s sovereign wealth fund, and existing investor Hero MotoCorp.

Incidentally, the Indian government is currently investigating many of Ather’s rivals over the recent fires.

Big brother? Hero MotoCorp, having first invested in Ather in 2016, is its largest shareholder with a stake of around 35%. But Ather cofounder and CEO Tarun Mehta said the company will remain independent, and that all its shareholders are aligned towards the goal of an initial public offering (IPO) in the “not so distant future”.

EV firms feel the heat: More than two dozen electric scooters made by Ola Electric, Okinawa Autotech, Pure EV, Jitendra EV and Boom Motor have caught fire across India since March. Ola Electric, Pure EV and Okinawa have since said that they will recall over 7,000 vehicles combined.

But Mehta said these incidents have not dampened Ather’s sales. “There are more than 10,000 orders coming in every month,” he said. “So the demand is very high and it has continued to grow even through this fairly dark chapter for the EV industry,” he said.

■ Fintech startup BharatX has raised $4.5 million in a funding round from Y Combinator, 8i Ventures, Multiply Ventures and Soma Capital. The company said it plans to use the funds to expand its team and develop its product.

■ Wealth tech platform Bhive.fund has raised funds from key investors, including Nikhil Kamath, cofounder of Zerodha. Kamath did not share the details of his investment. Bhive.fund plans to raise $1 million in a pre-Series A round to fuel its growth.

Other Top Stories By Our Reporters 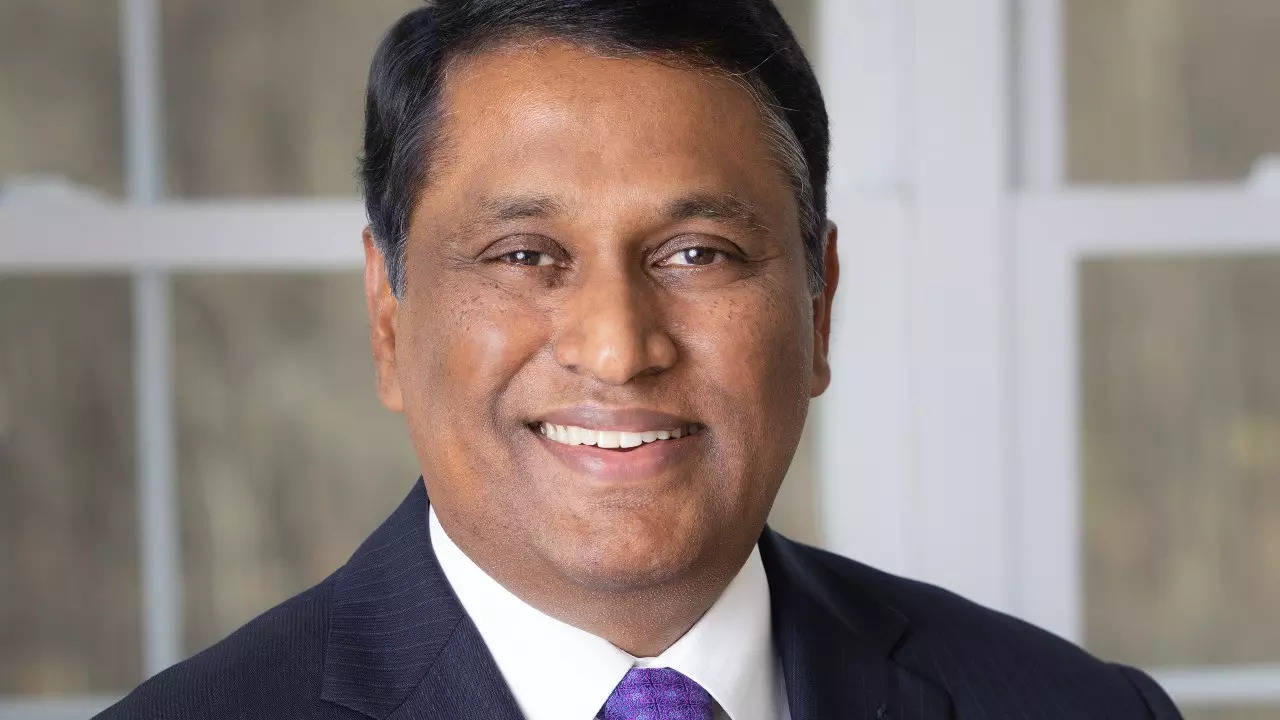 HCL bets on cloud: HCL Technologies generated half its incremental revenue from the digital applications business and sees cloud as the area in which it will continue to increase investments rapidly, CEO C Vijayakumar told us in an interview.

Navi gets new board member: Fintech startup Navi’s has appointed Vidit Aatrey, cofounder and chief executive of ecommerce startup Meesho, as an independent director on its board, effective April 9. With Aatrey’s appointment, Navi’s board, which now comprises seven members, will have a majority of independent directors.

Global Picks We Are Reading

Today’s ETtech Morning Dispatch was curated by Zaheer Merchant and Aishwarya Dabhade in Mumbai. Graphics and illustrations by Rahul Awasthi.