The State of the VPN Market in 2022 / Digital Information World

VPNs have been around for about 3 decades by this point, and they are becoming way more popular than ever before. They provide a wide range of benefits, including protecting people from third party tracking, allowing consumers to access content from around the globe and perhaps most importantly enabling individuals living under autocratic regimes to circumvent restrictions placed on their internet access.

With all of that having been said and now out of the way, it is important to note that around 88% of Americans now know what a VPN is, as per Security.Org’s 2022 Annual VPN Market Report. This is a big uptick from the 72% that said the same in 2020, and it suggests that VPNs are attaining a level of usage or at the very least awareness that had been hard to come by in decades prior.

In spite of the fact that this is the case, the usage rate for VPNs has been stagnating. Even though a lot more people are aware about what they are and what they can do, the percentage of Americans that use VPNs seems to be stuck at around 39%. That is an indication that VPNs may not provide features that the average person is looking for, or at least Americans don’t feel much need for them thanks to their unrestricted internet access.

Interestingly, the number of survey respondents who stated that they do not use VPNs has gone up. Back in 2021, 59% of people said that they don’t use VPNs, and this number increased to 61% in 2022. The slight increase in 2021 had a lot of people assuming that VPNs were on the rise, but 2022 has erased all of that progress to bring VPN usage back to 39% from the high of 42% that was seen in 2021.

There is also a bit of a stagnation that can be seen in the number of people who are paying for VPNs. Around half of VPN users currently use free VPNs, and that is despite nearly two thirds of them saying that they face problems with the free versions. Google is an especially unreliable VPN provider, with most users stating that they simply don’t trust the VPN that they have built into their new flagship Pixel phones.

People also seem to be finding fewer reasons for using VPNs with all things having been considered and taken into account. General security is still a huge usage case because of the fact that this is the sort of thing that could potentially end up helping users to keep themselves safe online. 55% of consumer cited general security as one of their reasons for using VPNs, and this number has stayed the same over the course of the year.

Most of the other reasons for using VPNs are seeing diminished citing, though. General privacy has dropped to 50% from 54%, and only 34% are using it as a job requirement as compared to 38% last year. Corporations are clearly placing much less emphasis on the use of VPNs, because the number of respondents who said they used VPNs to log on to secure corporate servers has dropped ten points from 41% in 2021 to 31% in 2022, and this trend can be seen across the board. Take a look at below charts and graphics for more insights: 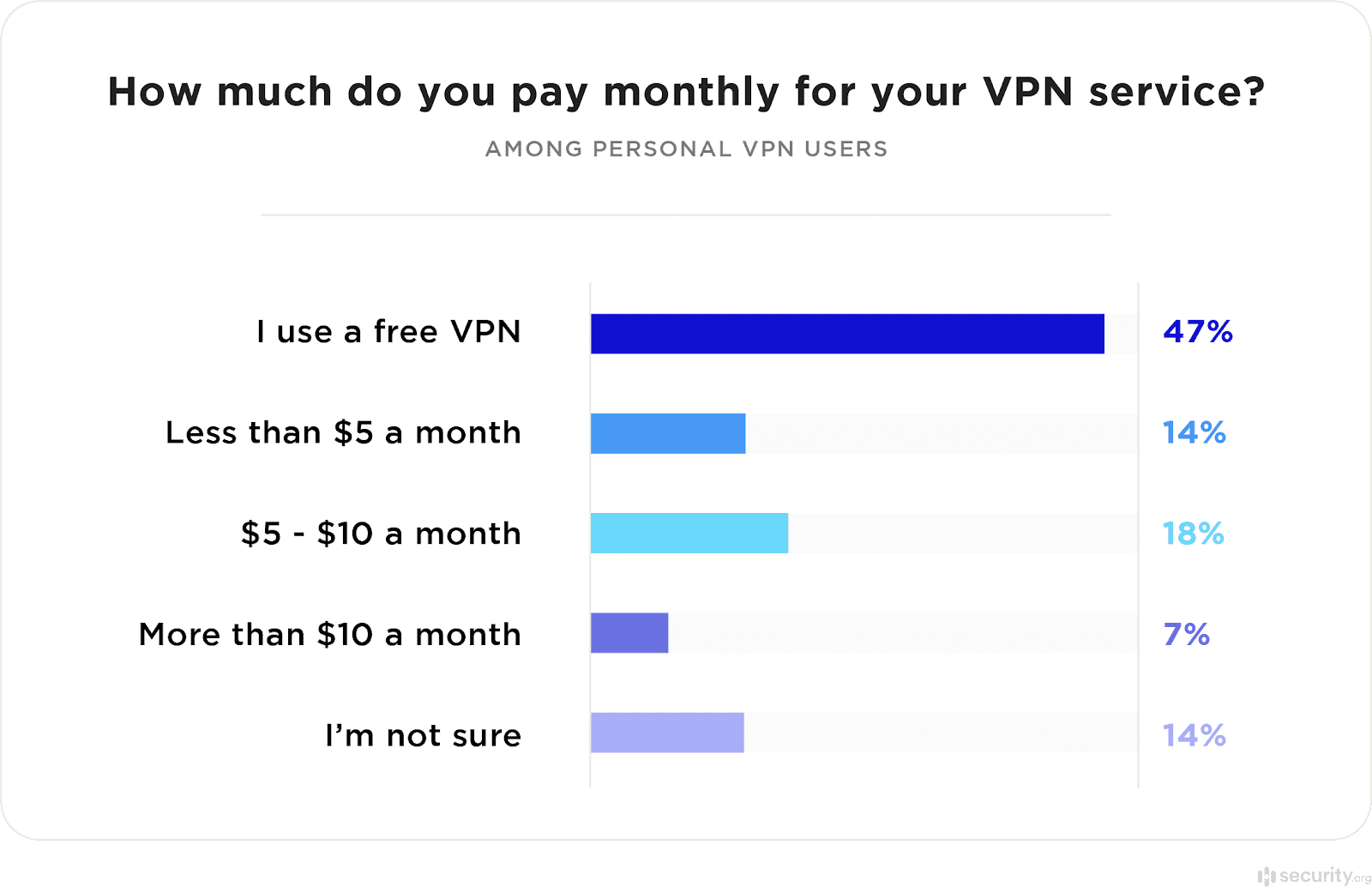 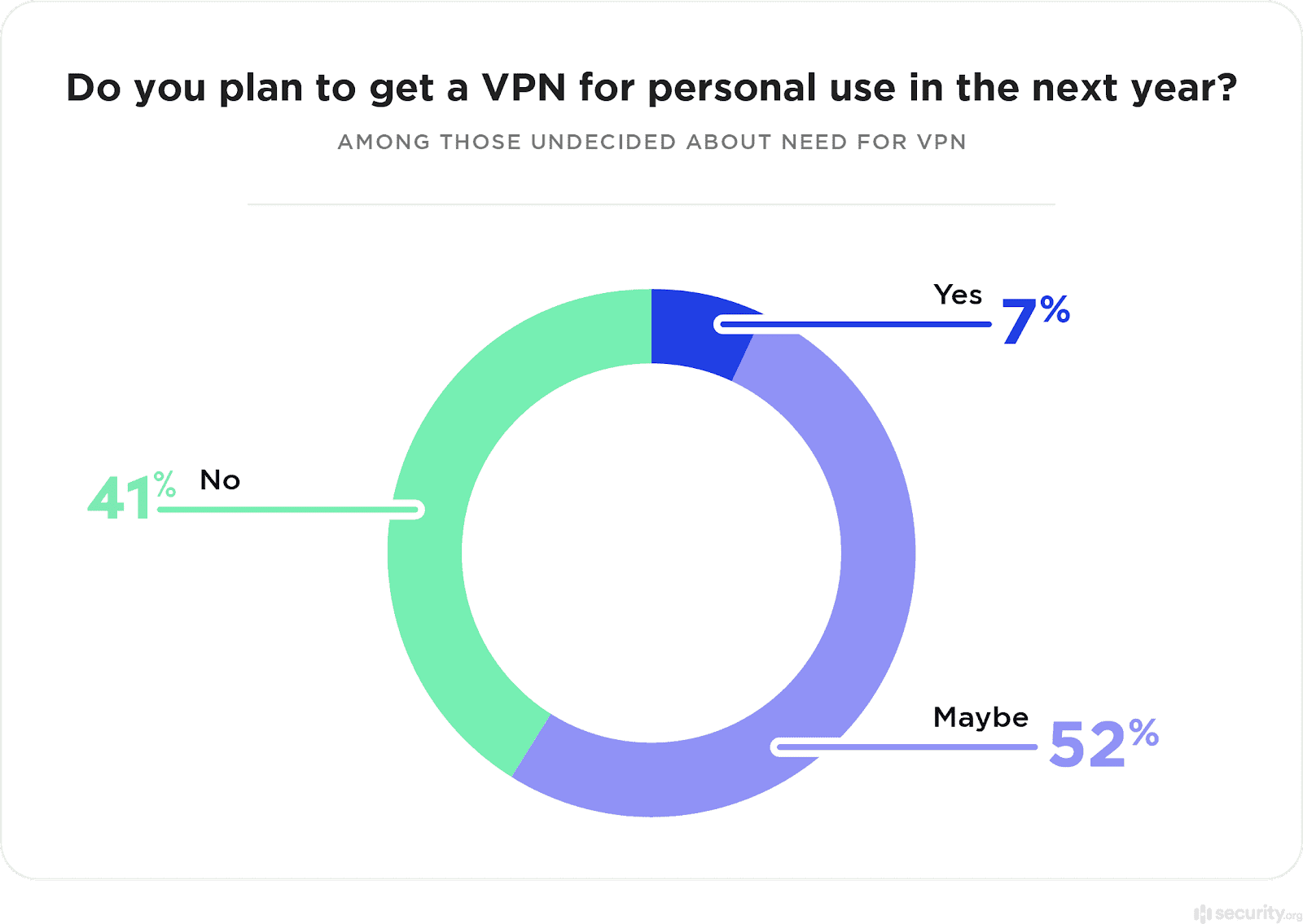 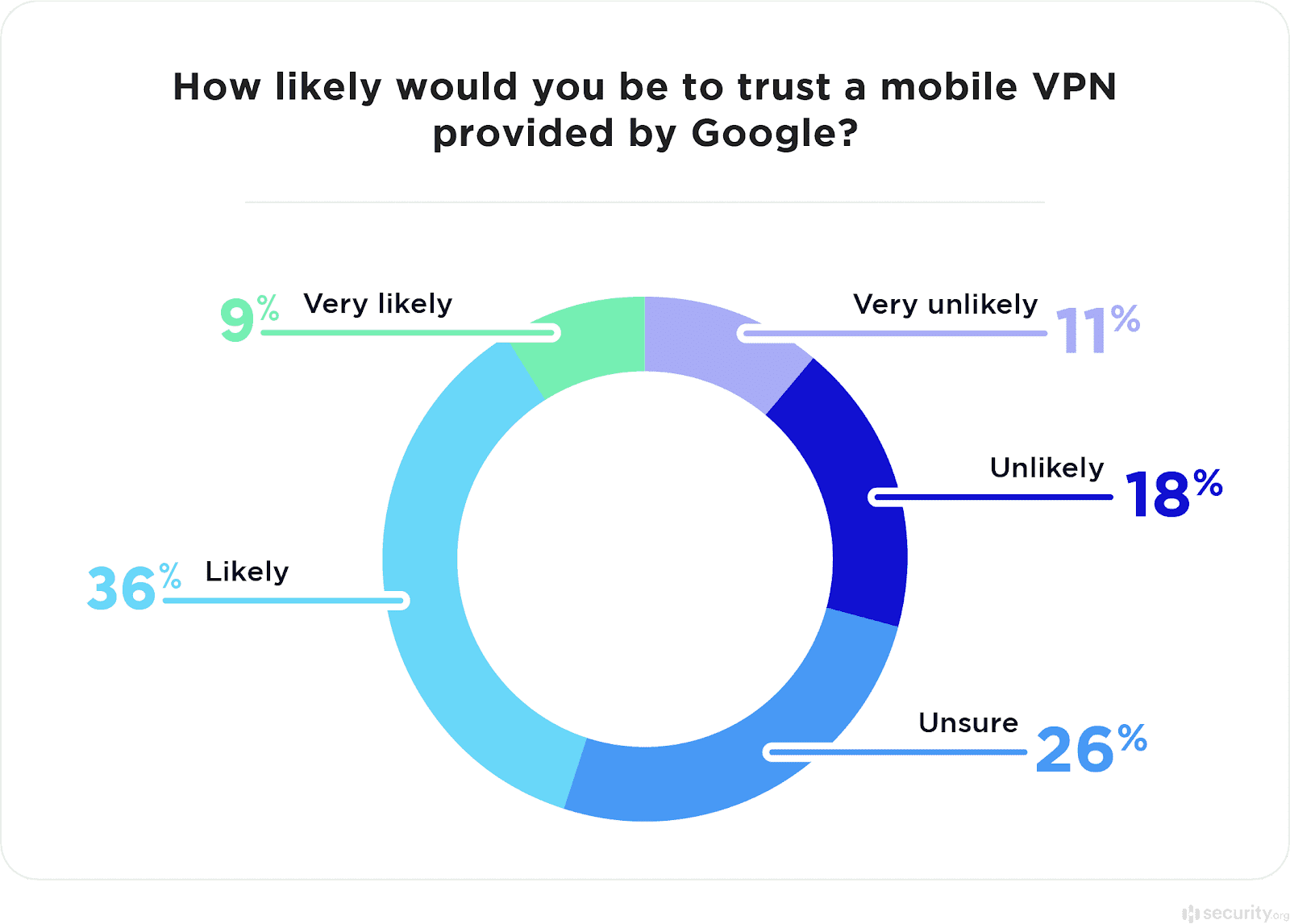 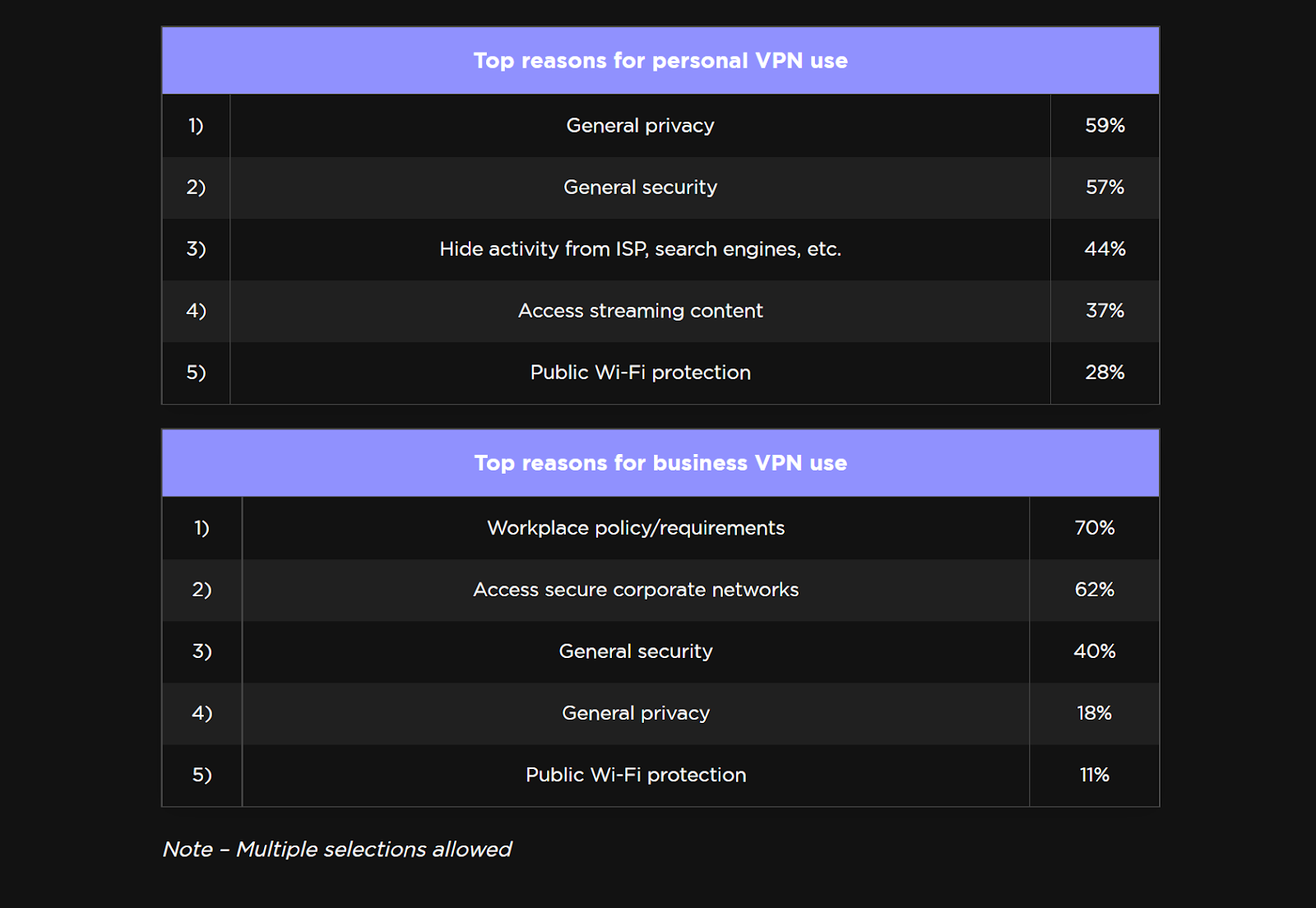 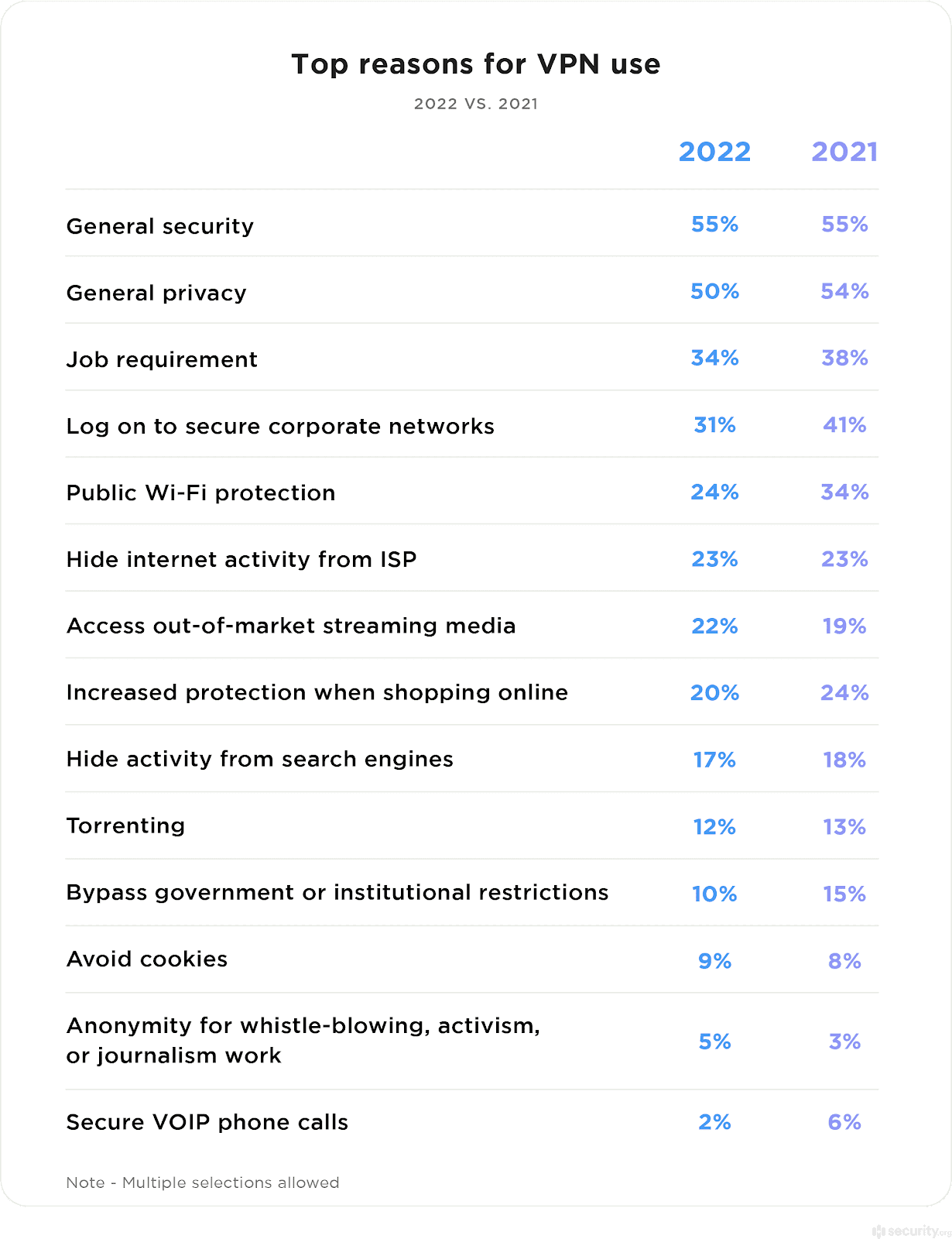 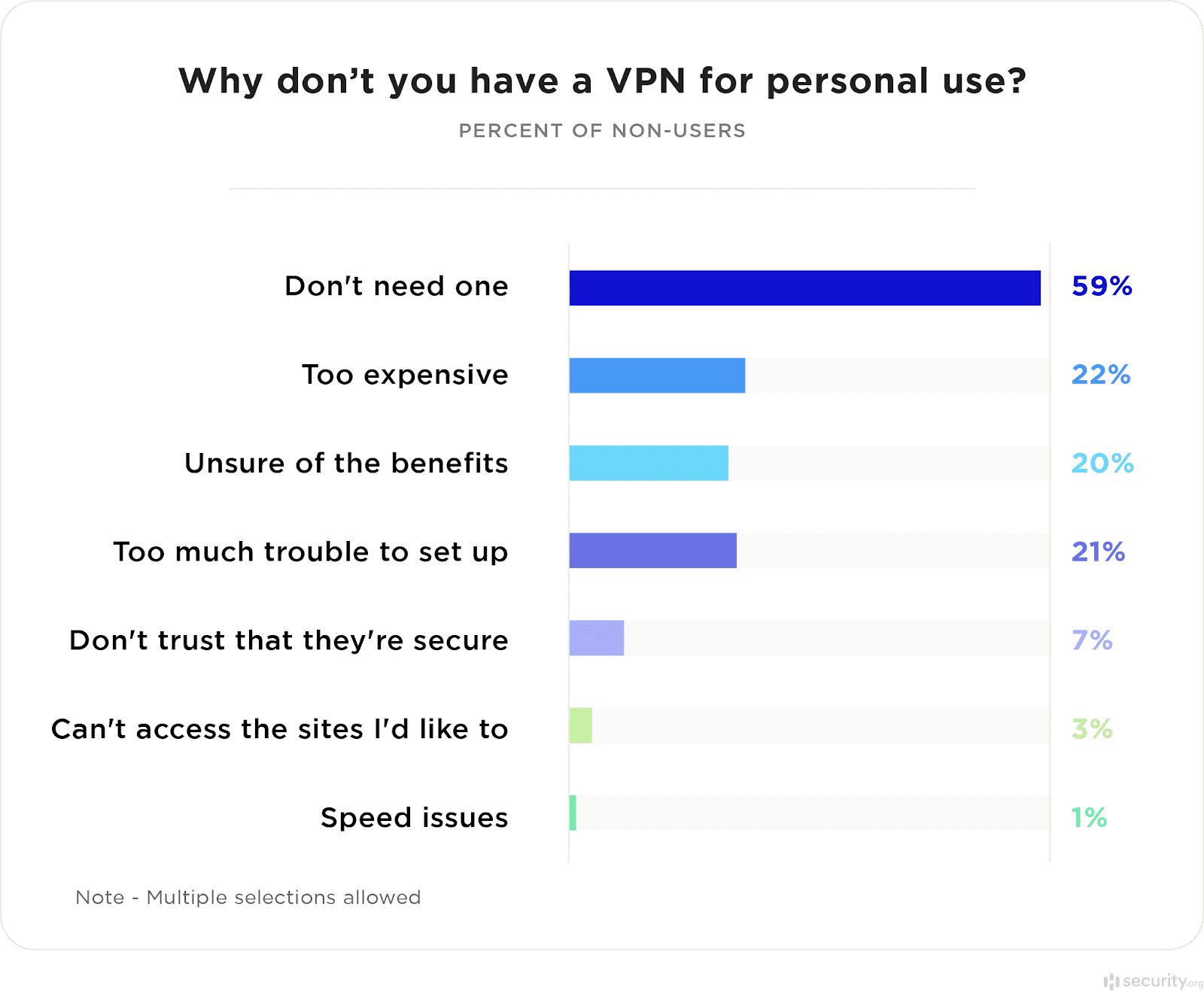 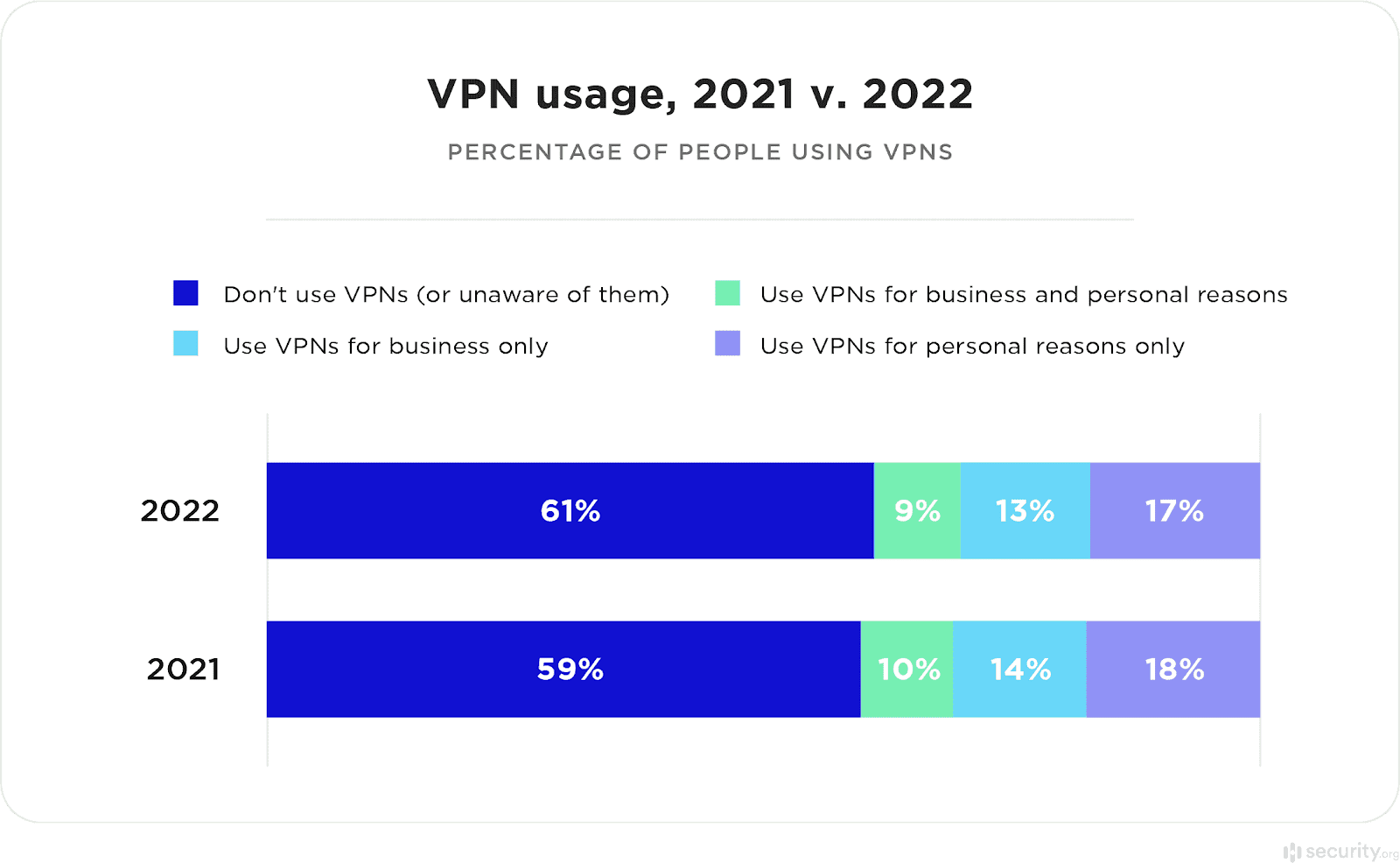 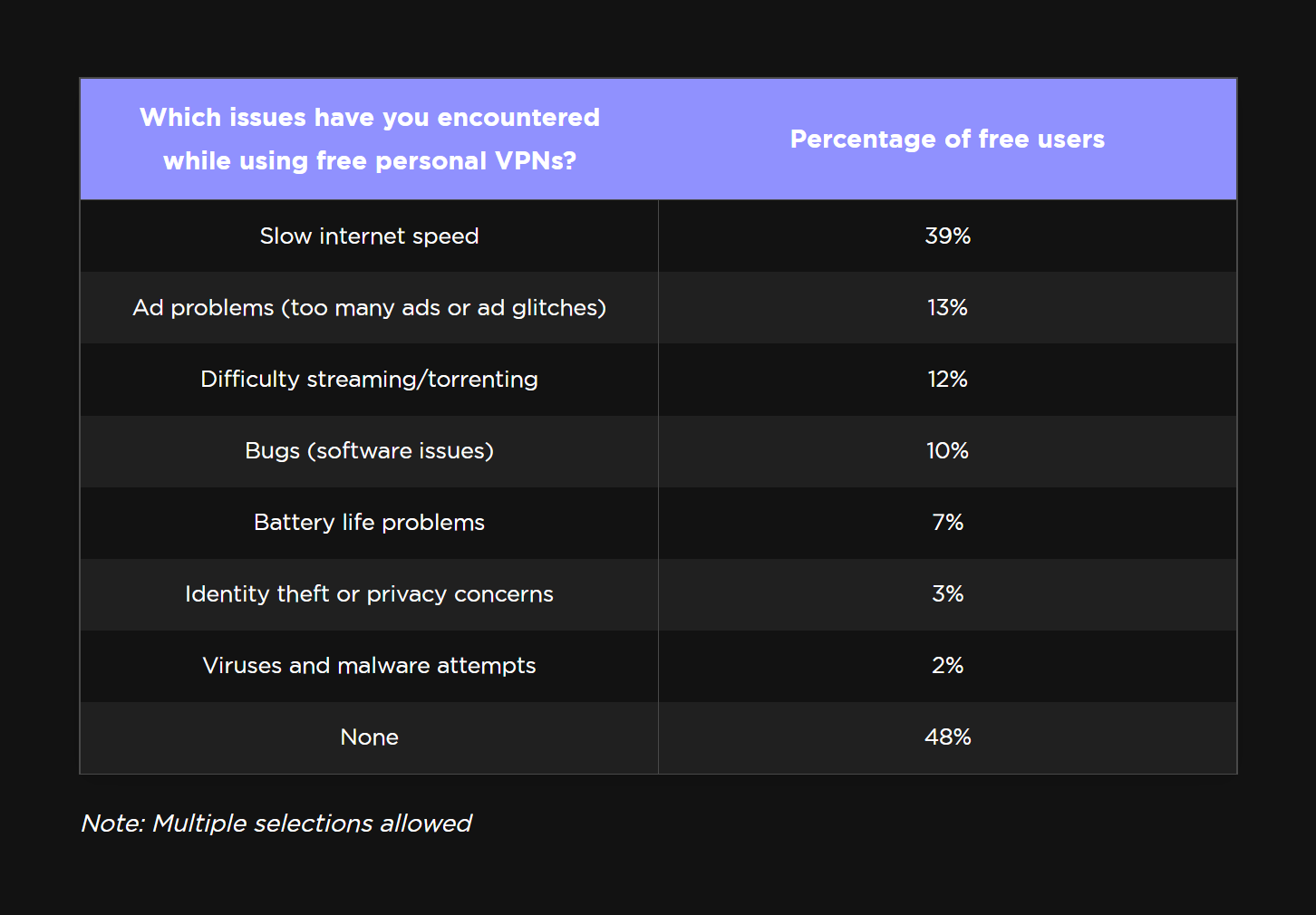 Read next: According to Research, The Majority of Buyers Are Unwilling to Spend on Exchanges

Newcastle vs. West Ham Livestream: How to Watch...

Corporate America is divided on odds of US...

Newcastle vs. West Ham Livestream: How to Watch...

Corporate America is divided on odds of US...