Fraudsters thrive in times of turmoil as they know their victims are vulnerable.

During the pandemic, crooks tricked victims out of more than £2 billion. Covid-related scams exploited the vaccine rollout, Government support packages and the boom in online shopping.

But now we are through the worst of the pandemic, cynical scammers are turning their attention to the cost of living crisis.

On the prowl: From fake energy bills to bogus supermarket discounts, cynical scammers are turning their attention to the cost of living crisis

John Herriman, from the Chartered Trading Standards Institute, says: ‘For the unscrupulous, crises are opportunities to make a dishonest profit from the most vulnerable. And the cost of living crisis risks a rise in consumer harm the UK has not seen for decades.’

From fake energy bills to bogus supermarket discounts, here Money Mail reveals the latest scams to watch out for . . .

Energy scams are taking off as fraudsters seek to cash in on the chaos caused by soaring bills and suppliers collapsing.

One fake British Gas email sent to victims claimed their bill was ‘still overdue and needed paying’. It included a link to a copycat website where victims were told to enter personal details.

In reality, this information goes straight into the hands of crooks, who could later use it to con you.

Fraudsters are also preying on people’s desperate attempts to save money. A scam email claiming to come from EDF said customers could get an £85 refund on an overpaid bill. But again, it was just an attempt to steal their details.

James Walker, of data protection site Rightly, warns that some crooks are posing as comparison websites such as MoneySuperMarket and GoCompare over the phone. They claim to be offering fixed energy deals that can beat the price cap.

Many pile pressure on victims by saying the tariff is only available for a limited time, he adds. 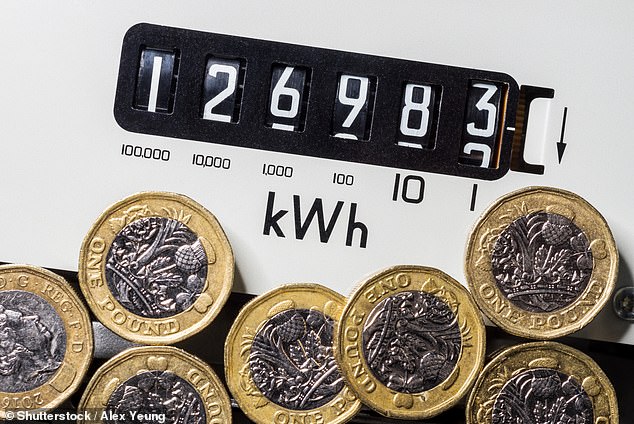 Fake energy bills: Cynical scammers are turning their attention to the cost of living crisis

Experts also expect fraudsters to cash in on Government bill support. In April, thousands of households will receive a £150 council tax discount. And bill payers are expected to get a £200 energy bill discount in September.

Sarah Coles, of Hargreaves Lansdown, says: ‘The schemes are new so people won’t know the technical details of how they work.

‘We already have an awful lot of scams doing the rounds at any time offering a council tax refund, so this gives scammers another way to hook people in.’

Mr Walker also warns households to be wary of firms using the energy price crisis to flog solar panels. One email he showed Money Mail read: ‘If you can’t beat them join them.

‘Switching and fixed deals now have minimal impact on your energy bills — they will only continue to rise. The only genuine option for millions of UK homeowners is to embrace the power of the sun!’ Customers are asked to fill in details, which are passed to an ‘installation partner’.

Mr Walker says: ‘With data aggregation firms the aim is to get personal information which is then sold or shared with other companies, some which could be run by fraudsters.’ Trading Standards is also concerned about a potential rise in doorstep mis-selling and ‘other questionable money-saving schemes’.

As food prices soar, fake supermarket discounts and special offers are rife. Some are outright scams designed to steal your personal information, while others try and trick you into signing up for expensive subscriptions.

On Facebook last week, a fake ‘Icelands Food’ post offered customers a box of essential goods worth £40 and the chance to win a £500 voucher. 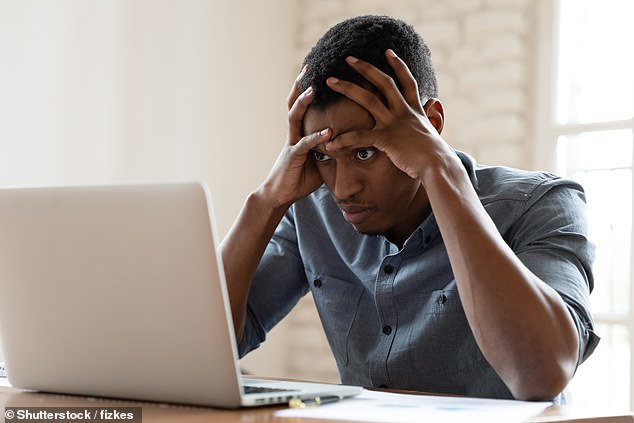 Web of deceit: Reports of email shopping scams claiming to be from well-known brands such as Amazon, Argos and Tesco are increasing

It included a photograph of an Iceland boss standing outside one of the brand’s stores. A message claiming to be from the supermarket’s new chief executive Jack Andrews said: ‘I’d like to start my new job off with a good deed for everyone as I know recent times have been tough.’

But Iceland does not have a new chief executive.

And while there is a Jack Andrews working as a general manager at the store, according to professional networking website LinkedIn — he certainly isn’t offering customers free food.

Iceland confirmed the post is not genuine and says it has now been taken down. But experts warn more scams are likely to pop up in its place. They say to never trust Facebook pages that are not verified with a blue tick.

The Iceland example had been set up very recently and did not have many followers, which are also classic warning signs. Reports of email shopping scams claiming to be from well-known brands such as Amazon, Argos and Tesco are also increasing.

Some may claim you have won a voucher or request feedback in exchange for a gift card. But if you click on the link, you will be taken to a website and asked to hand over personal details.

The link takes you to another site where the small print says you will be charged £5.49 a week for a subscription following a one-week free trial. It promises ‘fantastic content’ including ‘the best deals, competitions, fitness, diet and gaming’.

One email from a company called Bitcoin Alert included an image of MoneySavingExpert’s Martin Lewis. 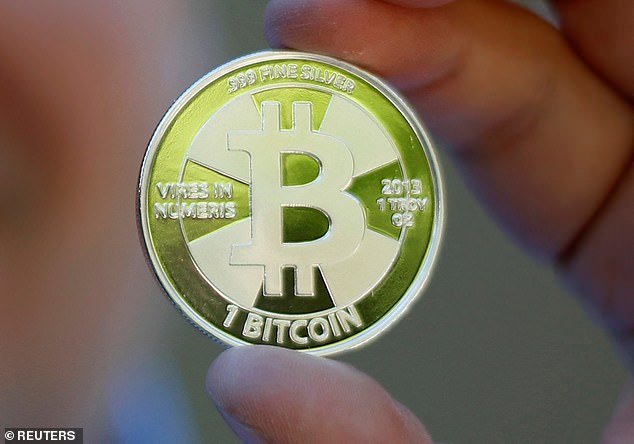 It read: ‘We Are In A Crisis. Follow This Revolutionary Way To Survive Financially’ and included a link to a fake interview with the personal finance expert in which he recommends a trading platform, Bitcoin System.

In the article he was quoted as saying: ‘With the current crisis involved which makes the stocks fluctuations way higher than normal I would say that it could transform anyone into a millionaire within three to four months.

‘As per daily bases (sic) people could expect up to tens of thousands of British pounds.’

Mr Lewis has confirmed the article is not genuine and he is not recommending the platform. He has previously accused firms of ‘trying to leech off’ his image to sell products with an implied recommendation which he says is ‘an absolute and unmitigated lie’.

Consumer campaigner Mark Taber adds: ‘Interest rates have been low for years but with inflation taking off it is really eating into our savings.

‘Those with money in the bank will be desperately looking at ways to stop it shrinking, making them particularly vulnerable to investment scams.’

The Financial Conduct Authority has repeatedly warned people who invest in unregulated cryptocurrencies to be prepared to lose all their money.

Some links in this article may be affiliate links. If you click on them we may earn a small commission. That helps us fund This Is Money, and keep it free to use. We do not write articles to promote products. We do not allow any commercial relationship to affect our editorial independence.