With yet another coral bleaching event underway on the Great Barrier Reef, we’re reminded of the tragic consequences of climate change.

Even if we manage to stop the planet warming beyond 1.5? this century, scientists predict up to 90% of tropical coral reefs will be severely damaged.

In 2020, the federal government announced the Reef Restoration and Adaptation Program, which aims to help coral reefs adapt to the effects of warming oceans. It included research and development funding into 35 cutting-edge technologies that could be deployed at large scale, from cloud brightening to seeding reefs with heat-tolerant corals.

Now, two years into the effort, we’re seeing a number of breakthroughs that bring us renewed hope for the reef’s future.

Bleaching on the reef

Aerial surveys of the entire reef are currently underway to determine the extent and severity of current bleaching. These should be complete before the end of March.

Meanwhile, United Nations’ reef monitoring delegates are visiting the Great Barrier Reef this week to determine whether its World Heritage status should be downgraded.

Early indications suggest bleaching is most severe in areas of greatest accumulated heat stress, particularly in the area around Townsville. In some places, water temperatures have reached 3? higher than normal. 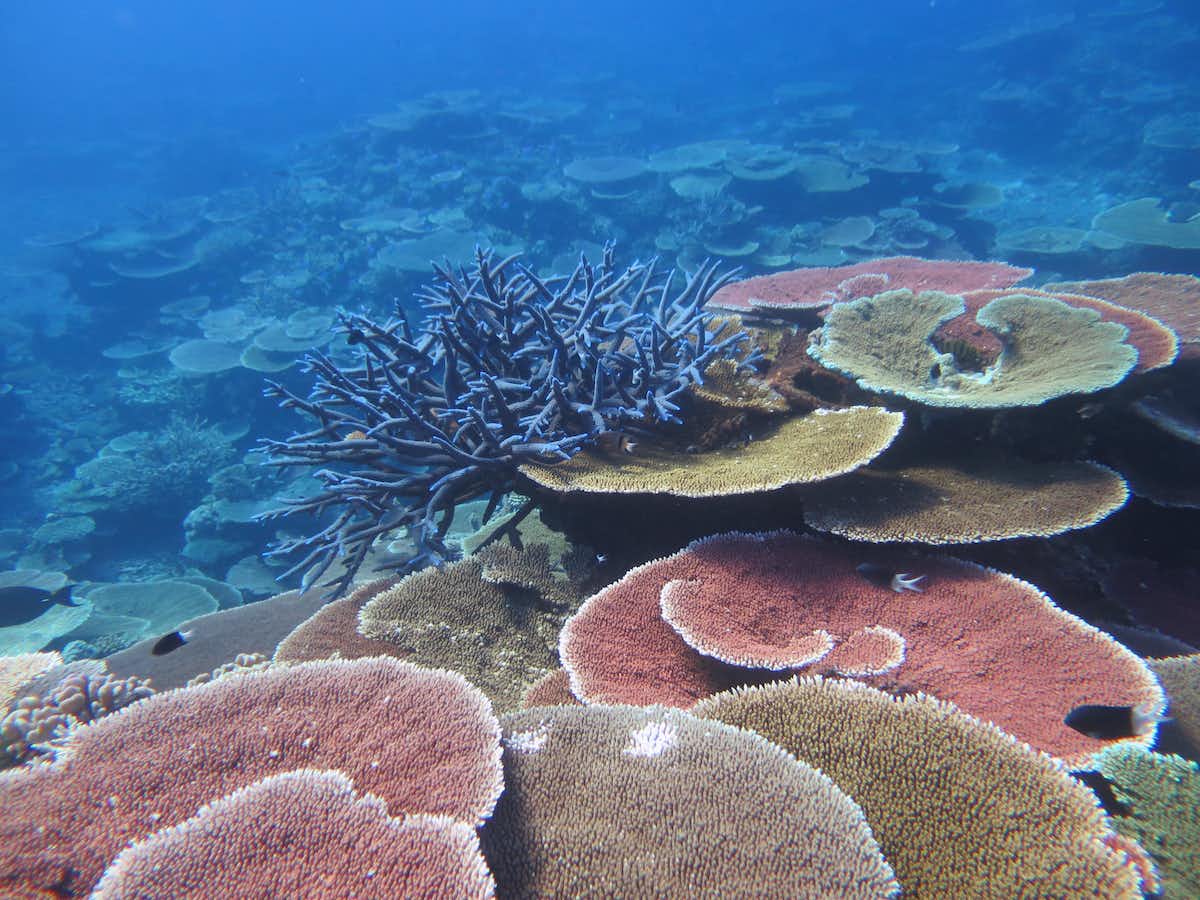 Aerial surveys are underway to determine the extent and severity of current bleaching. LTMP, Author provided

Researchers involved in the Reef Restoration and Adaptation Program are examining a wide range of interventions to repair coral reefs. Unlike current reef restoration efforts, which are done by hand on a few square meters of reef, these interventions are designed to be applied at tremendous scales – across thousands of square kilometres.

Major scientific, technological, process, communication and management breakthroughs are required to see this become successful. We’re pleased to report that we’re already seeing the first successes, with others becoming more likely as research and development continues.

This level of additional heat tolerance can make a real difference for reef survival if we can limit greenhouse gas emissions driving climate change.

We’ve also developed novel seeding devices, which allow mass delivery of juvenile corals to reefs in a way that enhances their survival, paving the way for larger field trials.

Seeding heat-tolerant corals onto the reef will require significant improvements in coral aquaculture – the process of raising healthy coral in an aquarium before transporting them to the Great Barrier Reef. While current methods are limited to producing and deploying a few thousand corals per year, new advanced methods are designed to produce tens of millions per year – faster and cheaper than ever before.

Another breakthrough relates to the ongoing development of new models and the data to calibrate them.

These are set to vastly improve our ability to predict where interventions are best deployed, and how well they’ll function. Early modelling results suggest even at a modest scale, well-targeted interventions could be enough to shift the state of individual reefs from terminal decline to survival over several decades.

For these early breakthroughs to bring lasting benefit at such tremendous scales, four key conditions must be met: 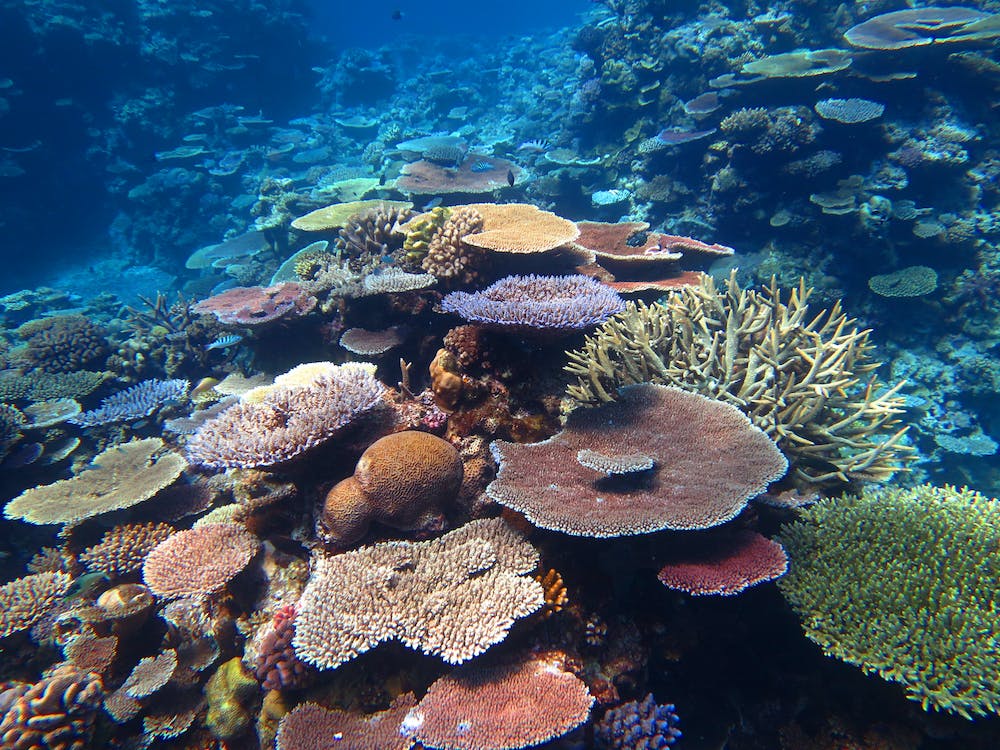 Much of the Great Barrier Reef was in the early stages of recovery following prior bleaching events. LTMP, Author provided

Over the coming months, the program will be conducting more trials on the reef. Alongside recent advances by other programs, such as approaches to control coral-eating crown of thorns starfish, there’s now real promise that a combined intervention at scale can be successful.

Imagine a world where coral reefs have largely disappeared from the world. The few remaining reefs are a shadow of what they once were: grey, broken, covered in weeds and devoid of colourful fish.

Millions of people who’ve depended on reefs must turn to other livelihoods, which may contribute to climate-related migration. Imagine, too, how we’d feel knowing it could have been prevented. 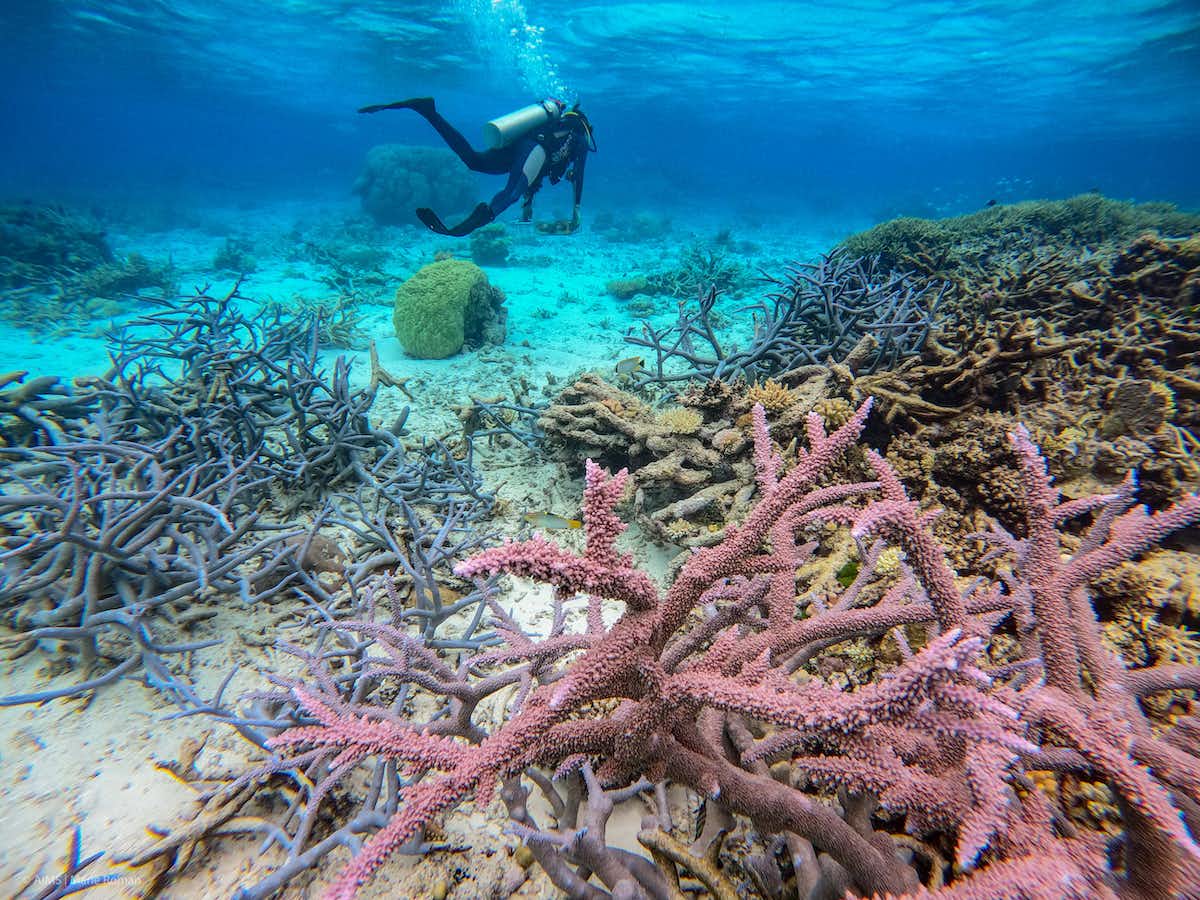 We are hopeful for an alternative vision for the future of the world’s reefs. It’s one in which the amazing beauty and diversity, and the huge global economic benefits, are intact and thriving well into the next century.

The difference between these two possible futures depends on choices we make right now. To save our reefs, we must simultaneously mitigate global warming and adapt to impacts already locked in. Neither alone will be enough.

Paul Hardisty is the CEO of the Australian Institute of Marine Science.

Rob Vertessy is Enterprise Professor in the School of Engineering, The University of Melbourne.

This articlea appears courtesy of The Conversation and may be found in its original form here.

The opinions expressed herein are the author’s and not necessarily those of The Maritime Executive.

Everybody has felt the pinch this year so...

Everybody has felt the pinch this year so...