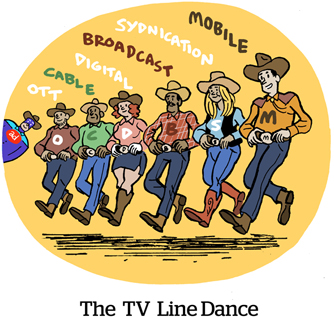 Shape Up Or Shop Out

Parallel news items reinforce the massive relative advantage for Amazon and its ad business compared with Facebook and Shopify in the wake of Apple’s data privacy overhaul.

For years, rumors flew that Facebook was angling to acquire Shopify, The Information reports. But the two companies are now butting heads because Shopify won’t nudge its merchants to share customer data between the two platforms. Hundreds of thousands (if not millions) of Shopify merchants have Facebook business accounts that connect freely and easily to their Shopify accounts.

Shopify’s integrations with Facebook and Instagram could be a lifeline for Meta as it attempts to access the data it previously had to track prospects and optimize campaigns based on purchases. But Shopify isn’t willing to push its merchants to opt in, at least not as aggressively as Meta would like.

Amazon, meanwhile, announced a product called “Buy with Prime” for merchants and publishers to sell items covered by Prime shipping from their own sites. It uses Amazon Pay (so Amazon still owns the purchase data) and Amazon fulfillment. It’s also an Amazon Prime sign-up vehicle, because users must be Prime members even though the purchase is being made off of Amazon.

Television ad measurement is in the midst of dramatic change in large part thanks to the growth of CTV. But it’s data-driven linear that Xandr has on its mind.

Linear TV buys are primarily transacted based on traditional audience demos, such as women between the ages of 25 and 45.

But there has been a “move over the last few years [toward] the use of data to inform linear buys,” Mark Mitchell, Xandr’s VP of business development, tells AdExchanger. “Audience-based targeting probably still represents a small percentage of total linear ad spend – but that [ratio] is growing every year.”

Xandr knows buyers need cross-screen targeting, too, which is why Mitchell says tacking on CTV and OTT capabilities will be what the company focuses on next.

Agencies and programmers are floundering for “one or two different horses to work with,” Mitchell says. “But we don’t want a stake in that game at all. We want our position in the marketplace to be agnostic to the data sets customers want to use.”

Vendor-commissioned surveys usually tell you more about the vendor than whatever the survey is looking into.

And that’s certainly the case with a Forrester study sponsored by Microsoft Advertising and published yesterday that chronicles the rise of the “Workday Consumer.”

“Shopping and services did too,” according to the Microsoft Advertising blog. “Groceries and cars were being delivered, exercises and meditation classes were held on demand and digital happy hours came and went.”

Microsoft’s point is that the to-do lists that dominate our home lives – which is to say, groceries, home supplies and planning trips – have merged into people’s workday list of tasks. And so, when people are on a break at work, it could be a unique opportunity to prompt them to take a trip to the grocery store or make an online purchase.

Makes sense … but why does Microsoft care?

Who’da thunk it, but turns out Microsoft is the world’s largest purveyor of workday employee software and knows keenly how and when people are working (or not-so-much working) remotely.

Inside the relaunch of The Economist’s subscription mobile app. [Digiday]

Companies lose your data, then nothing happens. Should we toughen data breach consequences? [Vox]

CNN+ is shutting down … after less than a month on the market. [Variety]

Dept doubles down on its US agency presence with its acquisition of 3Q Digital. [The Drum]

Sharethrough brings on Ben Skinazi as its first CMO. [release]

Previous article5 Things to Do This Weekend in Boise,ID: April 22-24, 2022
Next articleExtra Online Security for your phone

The New Way To Upgrade Your Single-Session Virtual Events

A History of Innovation: How Seattle Changed the World

Mr Kornilov said: "While it will take you...

I HAVE been writing about saving money for...

The New Way To Upgrade Your Single-Session Virtual Events

Mr Kornilov said: "While it will take you...

I HAVE been writing about saving money for...