Amazon chief executive AndyJassy received a pay package of more than $212 million in his first year in the post, according to a company proxy filing on Friday.

According to the filing, the whopping amount was largely due to a stock grant tied to his promotion to CEO in July, when then-CEO Jeff Bezos announced he would transition to executive chairman, and Jassy, then Amazon Web Services’ top executive, would take over, marking the first time in 27 years that someone other than Bezos would lead Amazon.

Jassy had been at Amazon almost as long as Bezos, joining in 1997 as a marketing manager. Six years later, he founded AWS with a team of 57 people and helped build it into one of Amazon’s biggest profit generators.


Without the boost of the stock grant, Jassy’s salary was only $175,000 and Amazon paid for security services the company valued at about $600,000. The value of the grant was based on the price of shares at the time of the grant and the shares will vest over 10 years so the $212 million does not represent a earnings just for the past year.

Jassy joins a number of entertainment and tech company executives receiving enormous payouts in the past year. Thanks to a hefty new stock options package, Discovery Inc. CEO David Zaslav saw his executive compensation package increased more than sixfold to $246 million from $37.7 million in 2020, according to a company regulatory filing in mid-March.

In May, Zaslav was announced as head of Warner Bros Discovery, the company created by merging Discovery Inc. and WarnerMedia, and signed a new employment agreement through the end of 2027. His rich new contract was packed with $190 million in stock options on top of $3 million in base pay. The merger of the two companies is expected to be completed in early Q2, most likely in April, the company has said. 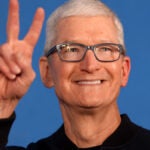 Amazon says it had its biggest Thanksgiving shopping weekend

Yes, you need a VPN, too

Amazon says it had its biggest Thanksgiving shopping weekend